If you could travel back in time, where would you go? 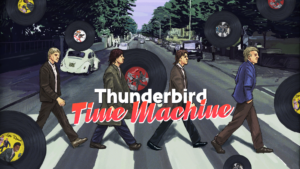 That’s the question answered in our latest single, ‘Time Machine’. A song that invites the listener to travel back for some of the key moments in the history of rock and roll. Imagine seeing Chuck Berry, Little Richard or Elvis in action at their peak. Or in the crowd at Liverpool’s Cavern Club to watch the young Beatles perform, pre-superstardom. Or how about being a fly-on-the-wall at legendary Little Mountain Sound Studios in Vancouver, Canada, when it was the hottest recording studio in the world, drawing the world’s biggest bands to record there?

Personally speaking, my musical career was launched by seeing the Beatles live on TV as a kid, and that led me to contribute vocals on many of those famous albums made at Little Mountain Sound during the 1980s and ’90s.

Thunderbird, a great band I have been rocking out with since 2003, is made up of veterans of the Canadian music scene: Kelly Stodola – drums, Rob Becker – bass, Bob Richard – guitars and myself Marc LaFrance – vocals. The song is written by Roger Frankham and myself.

So, step inside ‘Time Machine’ which is available on all platforms:

On the week of Feb 20-25, 1989, Mick Dalla-Vee, Marc LaFrance, and Brent Knudsen had their first public performance. Who would have thought or imagined that 33 years later they would have had the amazing opportunity to have performed and seen the world with so many amazing artists such as Randy Bachman, Bachman and Turner, Bryan Adams, Bruce Springsteen, Don Felder (Eagles), Sammy Hagar, Paul Shaffer to name a few?

Cease & Desist after many years of being a band finally released their first single, ‘Place Called Home’.

LISTEN NOW ON YOUR
PREFERRED PLATFORM 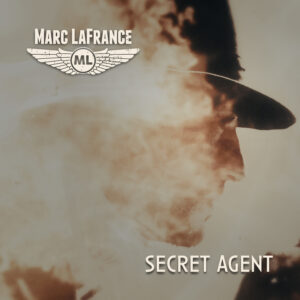 Marc’s single ‘Secret Agent‘ along with a video was released November 19, 2021. All the links are at his website MarcLaFrance.com

Spies – how they fascinate us so. Whether it’s a fantasy world of glamourous hotels, beautiful women, high-tech gadgetry, and super-villains – or the gritty cold-war realism of shady espionage, false identities, and betrayals, it is always an endlessly intriguing subject.

Now in ‘Secret Agent’, singer-songwriter Marc LaFrance once again collaborates with songwriter Roger Frankham to explore the inner life of one such character. What happens between all the action, in their more reflective moments when they’re alone?

Film composer Peter Allen has arranged the song, creating the atmospheric and appropriately cinematic background as Marc tells his story. Peter brings a wealth of experience to the project, having scored over 120 feature films as well as numerous documentary films and television shows. Rounding out the musicians are Marc’s compadres from the band Thunderbird, Rob Becker on bass and Kelly Stodola on drums. 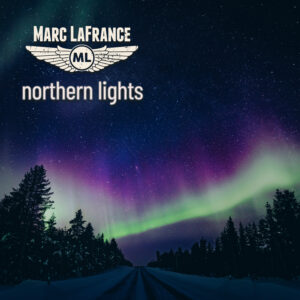 Marc LaFrance New Single “Northern Lights” Released June 25, 2021 with Proceeds to Support Our Troops.
All the links are at his website MarcLaFrance.com
‘Northern Lights’ evokes the experience of someone separated from and missing their homeland. The song’s narrator, who has been living and working outside his own country for years, has his spirit restored as finally he can return home.
In singing it, Marc draws on his experiences of entertaining the Canadian armed forces. “The dedication that the men and women in our military pursue daily is truly inspiring. Yes, we were there to entertain but we were also there to hang with them. To hear firsthand their many stories was a real eye opener. I have a totally new respect for how they help serve and protect us.”
Marc has toured internationally with Bachman & Turner and his own bands, representing Canadian music to the world. This new song can be seen as Canadian-themed but is also for anyone anywhere who has spent time away from the home and land they love.
Accompanying Marc are some of Vancouver’s finest session musicians, including his Cease & Desist bandmate Brent Howard, Thunderbird bandmates Kelly Stodola and Rob Becker, guitarist Roger Cranford, and keyboardists John Dean and Dave Stone (Max Webster, Ritchie Blackmore’s Rainbow). The song was mixed by the acclaimed Michael Brauer (Rolling Stones, Coldplay) and mastered by Joe LaPorta at Sterling Sound in NYC. 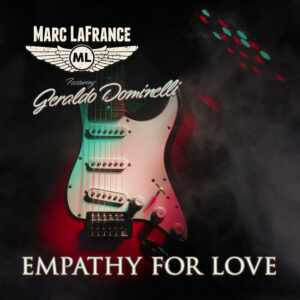 Marc collaborated on this track with Geraldo Dominelli. Geraldo was involved in writing several of the songs which included “Runaway” and “Kiss the Fire” from Marc’s “Out of Nowhere” and “Blackstone” albums which were produced by Paul Dean of Loverboy fame. Geraldo is a fine guitar player, keyboard player and songwriter. He replaced Doug Johnson for a while in Loverboy and has a great history as a sought-after musician.  He is currently working on a project with Hillbilly Vegas a band out of Arkansas, USA.  Marc was looking for a Latin flavored song and suggested this to  Geraldo. Hence the song was born.

You can follow his artist page for all the links – MarcLaFrance.com 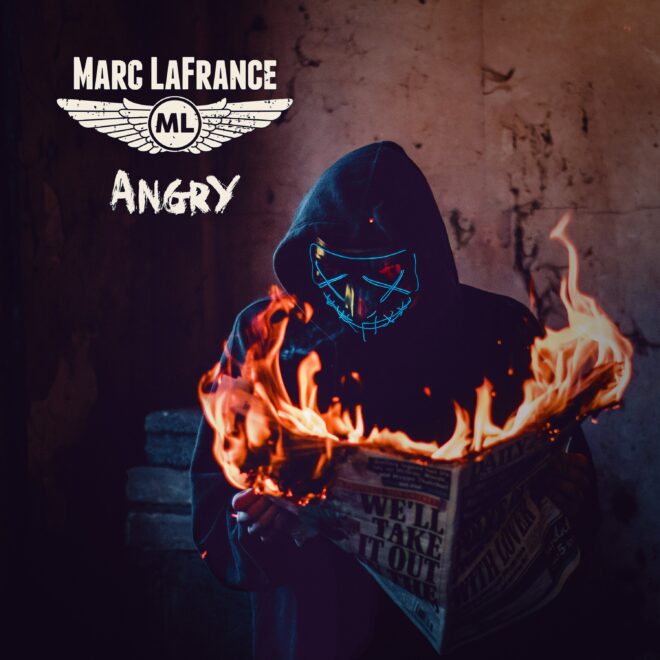 Marc wrote and co-produced this track with Mick Dalla-Vee. Mick and Marc have been working together for over 35 years doing many various projects together as well as travelling the world with their bands Cease & Desist, Atlantic Crossing and of course Randy Bachman and Bachman & Turner.

The song was inspired by all the unnerving unrest in the world today. The hope is there will be better days to come.

You can follow his artist page for all the links – MarcLaFrance.com 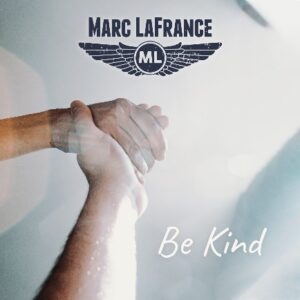 And some exciting news! Marc has released his first new single in 15 years, entitled ‘Be Kind,’ on his birthday – December 16, 2020! All the links are at his new website – MarcLaFrance.com
Marc’s friend, songwriter Roger Frankham, wrote ‘Be Kind’ and recorded it with Marc remotely in an effort to bring more kindness into the world today. Roger was inspired by the words of writer and philosopher Aldous Huxley: “Try to be a little kinder.” After a lifetime spent studying the human condition, Huxley said he realized ultimately those words were the most important advice he could give anyone.

The song features a wonderful string arrangement by noted film composer Peter Allen, who has known Marc since the early days in Winnipeg, Manitoba (Canada) where they both started their music careers. Marc would normally have been touring all year as his steady support of Randy Bachman for more than a decade typically provides plenty of work. But due to COVID restrictions globally, instead Marc has been recording and re-releasing his past work. The full Delinquent Records catalogue is out now digitally, including bands Thunderbird, First Shot, and songs from children’s show Babblebrook which aired on West Coast CBC television in the late 1990s. 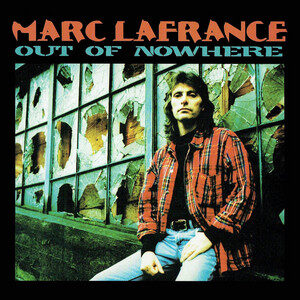 After much discussion, Paul Dean from the band Loverboy and I finally agreed that we would work together on my solo album which became “Out of Nowhere.” Paul did a great job of compiling songs he had been putting together for either Loverboy or his solo projects. Paul – to quote the title of one of his albums – was a “Machine”!

We did this album at his Machine Works Studio at his home in West Vancouver. We probably worked on the album over the course of a year, whenever either one of us was available. I would often ride my mountain bike from my home on Tobruck Street in North Vancouver to his place to do my vocals. The lead-off track “Out of Nowhere” was written by Cheap Trick members Rick Nielsen and Robin Zander along with Paul Dean and John Dexter.
“Act Out Your Fantasy” made it into the Top 50 in the national Canadian chart The Record. Three videos were produced: “Act Out Your Fantasy“, “Runaway”, and the French version of Runaway “Fugitive“. The track “Kiss the Fire” was placed on top rotation on CFOX the major rock station in Vancouver, thanks to Bob Mills and Rob Robson. This album kicked off Delinquent Records. 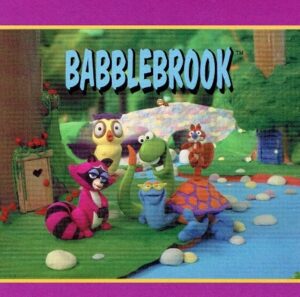 One day I was driving with one of my daughters, Jeunesse, to Dundarave Beach in West Vancouver. This was a fun family spot for us in the hot summers. It was just Jeunesse and I that day, and she was in the back seat of our Gold Super Beetle Volkswagen. She asked me a simple enough question: “Dad, have you ever been to Babblebrook?” “Where is that?” I said. It was a land she had created, I supposed.

Listen to Babblebrook on Apple Music

Listen to Babblebrook on Spotify 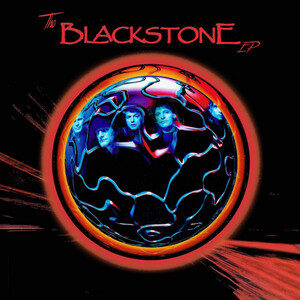 The tracks that did not make it onto my first solo record (1994’s ‘Out of Nowhere’ with Paul Dean from Loverboy) were released on CD under the artist name Blackstone. Those additional recordings have never been available digitally but are now released for the first time ever as the Marc LaFrance/Paul Dean – Blackstone EP ‘Friends’.

This includes songs from my solo album, with the substitution of 4 different songs: ‘Chill”, “Trouble in Paradise”,” Been There, Done That” and “World Comes Tumbling Down.” These replace “Running in Circles”, “Into the Night” and “Closer to Heaven”. This would be the first of several albums I released with Khalil Turk of Escape Music out of the UK.

Listen to Blackstone on Spotify 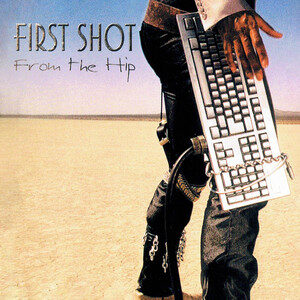 The “First Shot” album was a collection of songs I had recorded over the many years with Doug Edwards (guitars, keyboards), Dave Pickell (keyboards) and Peter Clarke (bass, vocals). There’s also an ‘a cappella’ song “Being with The Ones You Love” written by Michael Sicoly, Mick Dalla-Vicenza and myself.
Khalil Turk from Escape Music felt it was best if we gave the project a band name, pretty much as we had done in the case of Blackstone. I must admit I was more than happy to get these songs out. If you listen to them, you can hear time passing. It was a pleasure to write and record with everyone involved.

Listen to From the Hip on Apple Music

Listen to From the Hip on Spotify 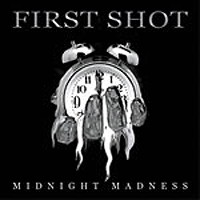 The second “First Shot’ album was the collection of the rest of the many demos I had recorded over the years with Doug Edwards (guitars, keyboards), Dave Pickell (keyboards) and Peter Clarke (bass, vocals), and also included songs written and recorded with Bob Buckley and David Sinclair. Paul Dean helped to assemble and remix both of these albums. For that I will always be thankful to him. Although these records did not become commercial successes, certainly they were made simply for the love of making music.

Listen to First Shot on Spotify 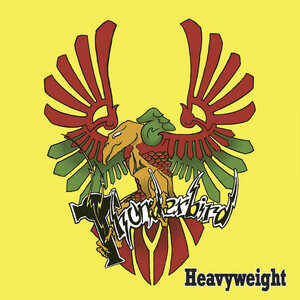 I have recorded several albums with Thunderbird. Roger Frankham’s song writing, and production skills just get stronger and stronger with each record. He is such a pleasure to work with.
Thunderbird play original melodic hard rock songs inspired by the classic hard rock sounds of the 1970s-1980s. The members on this record are Marc LaFrance (vocals), Rod Coogan (guitars), Rob Becker & Tim Rath (bass) and Kelly Stodola (drums).

Listen to Heavyweight on Apple Music

Listen to Heavyweight on Spotify 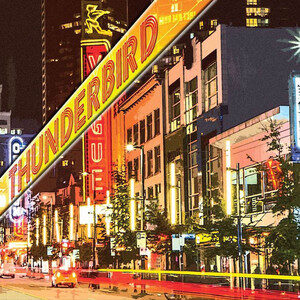 This hard rock album is like a collection of musical short stories. I am singing the songs as different characters or telling their tales. A gallery of rogues from the dark side!
The band are Marc LaFrance (vocals), Brice Tabish (guitars), Rob Becker (bass) and Kelly Stodola (drums). Thunderbird received positive reviews in music blogs and magazines around the world, and even featured on a couple of ‘Top 10 Albums of the Year’ lists. Powerplay Magazine (UK): “Could be one of those albums that deserves to be revered as a future classic right now.”

Listen to Thunderbird on Apple Music

Listen to Thunderbird on Spotify 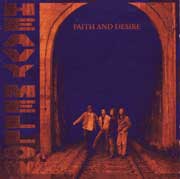 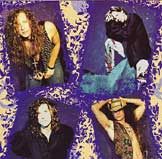 (Funk/Rock) F.A.D.  Click to play an mp3 sample. Formed and disbanded after only one album, and a few Hollywood shows, funk rock outfit F.A.D. imploded leaving a brilliant first album packed with groove rock in the early 90’s Extreme/Peppers style. Soaring vocals, shredding guitar and a rhythm section so solid that it creates a gravitational field of its own.